Oh look! Another sockpuppet “grassroots” organization of “responsible” outdoorsmen and sportsmen who are FED UP! with the radical positions of the super-creepy GUN LOBBY! and want to DO SOMETHING! that’s “responsible.”

Gee, where have we heard this kind of BS before?

Unlike past efforts generously funded by Bloomberg-affiliated front groups, the strings for this particular iteration — something called Gun Owners for Safety (PROTECTING RIGHTS, PROTECTING PEOPLE) — will be pulled by Peter Ambler and the rest of the Giffords civilian disarmament operation. They allegedly already have “chapters” in three states and claim they’re well on their way to building a 50-state organization.

Gun Owners for Safety will be launched off of a coalition that was founded in 2018 with chapters in Colorado, Minnesota and Texas. It seeks to offer gun owners an alternative to the NRA, which remains stringently opposed to most anti-gun violence proposals. 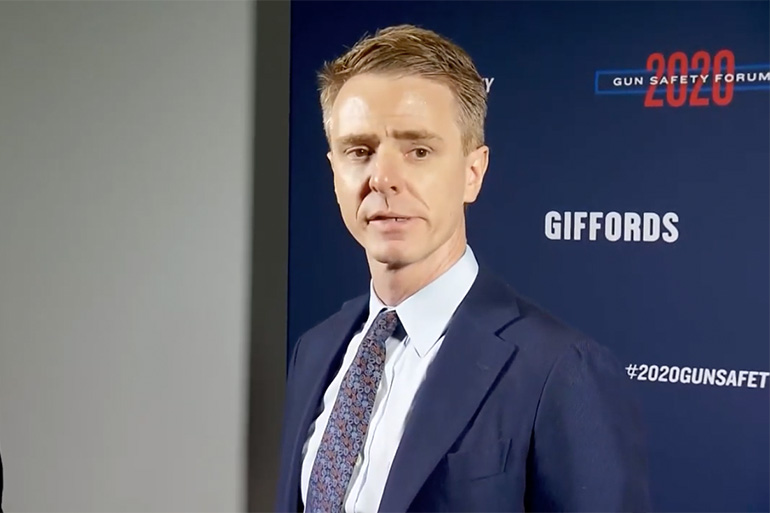 How big is the Giffords effort? The Hill is only too happy to regurgitate bogus numbers that Ambler has pulled directly out of his ass.

Organizers have already connected with nearly 50,000 gun owners in all 50 states as well as Washington, D.C., and some serving abroad “who are fed up with the NRA,” Ambler said. Members include hunters, collectors, veterans, former law enforcement and others who value firearm ownership but also want to reduce gun violence.

You know, people who own guns and support the Second Amendment, BUT . . . . And what kind of “anti-gun violence” measures does Giffords — and presumably their new Fudd false front — support? Well, just to name a few:

In other words, they support every damned thing on Joe Biden’s extensive wish list of restrictions and limits on the right to keep, bear, manufacture, and sell firearms.

“American voters are hungry for campaigns and messages and groups of people who are attempting to bring people together to accomplish something that serves all Americans. That’s why Gabby is working so hard to organize fellow gun owners across the country,” Ambler said.

Sure they are. That’s why America has added 6.2 million new gun owners in the last seven months alone as more people come to the realization that they’re the only ones they can count on to protect themselves and their families.

Giffords apparently thinks they can erect another Potemkin “common sense” gun rights org that fearful Fudds will flock to as long as the gun-grabbers pinkie-swear never to take their duck guns or deer rifles. All of these attempts have failed in the past and — mark our words — this one will, too.