The CDC is Financing a Study on ‘Cyberbanging’ [VIDEO] It’s happening (maybe)! The Senate Judiciary Committee has unanimously voted to advance Amy Coney Barrett for confirmation. If you’re wondering why the vote was unanimous, it’s because the Senate Dems walked out in protest. In any case, this means that Judge Barrett is one step closer to obtaining a spot on the Supreme Court, finally granting the people the necessary number of Justices to hear the gun rights cases that have been on hold for the last several years. If you’ve donated to any gun rights groups in Wyoming, your identity may be about to be exposed by your Secretary of State. In a letter filed by his office on October 14, Ed Buchanan ordered Wyoming Gun Owners to provide a list of all its financial contributors by November 4 or face a fine.

The basis for this demand was a formal complaint being filed the organization for violation of the state’s campaign finance laws. Wyoming Gun Owners is not new to state politics, but it seems that the success or, rather, the failure of anti-gun candidates is being used as justification for complaining that WYGO is “electioneering,” and as such has failed to properly register as a PAC.

Under most American election law speech is severely constrained, especially speech made by non-profit organizations. The goal of the restriction is, of course, noble: to stop people from buying elections. The problem with these laws is that it prevents organizations from fiercely advocating for the causes that they were formed to support, e.g. a gun organization opposing people who, if elected, would endeavor to deprive people of their natural right to keep and bear arms.

At a minimum, campaign finance laws should be amended to ensure that organizations are free to criticize the government without facing the additional regulatory and incorporation costs of forming a political action committee; after all, criticism of the government and those who would run it are the core components of the First Amendment. This week the University of Connecticut announced that one of its researchers received a $250,000 grant from the Centers for Disease Control to study “cyberbanging”, which is supposedly a situation in which “cyberbullying” leads to increases in gun-related youth violence.

But while we’re on the topic of economics, I think it’s worth mentioning that the United States carries a national debt of $27 trillion thanks to gross misspending by government agencies such as…the CDC, which was shockingly ill-prepared to handle Covid, an actual disease.

While it would take a Herculean effort to alleviate that debt, it doesn’t mean that we should continue allowing the feds to waste taxpayer money, especially on programs that will inevitably be used to enable government surveillance of the public under the guise of “public safety.”

The Firearms Policy Coalition is helping young adults in Pennsylvania sue the government. Under Pennsylvania law, individuals are required to possess a license to carry during publicly declared emergencies; licenses which are unobtainable for adults under the age of 21. As a result, young people, many of whom are financially vulnerable and have to go out in public and work to pay their bills, are unable to effectively defend themselves in emergency situations.

What’s most baffling about the law is that the Pennsylvania government doesn’t seem to want to recognize the obviously irrational distinction between bearing a handgun while watchstanding for a military reserve unit and doing the same out of uniform; if their theory was that young adults are incapable of making rational decisions, they should logically also preclude military service for individuals under the age of 21. This week the Eleventh Circuit Court of Appeals denied a petitioner’s request to have his gun rights restored following a 1987 conviction for smuggling. Given the time period, you might think he was convicted for smuggling cocaine, but you’d be wrong. The petitioner’s conviction was for smuggling and copyright violation. That’s right, he was bringing in counterfeit cassette tapes. Probably the most dangerous man of the time, am I right?

The 11th Circuit’s decision on this one is wrong for a couple of reasons. First, there’s a clear exception under the Gun Control Act provisions: 18 U.S.C. § 921(a)(20)(A), which says that the term “crime punishable by imprisonment for a term exceeding one year” doesn’t include “any Federal or State offenses pertaining to antitrust violations, unfair trade practices, restraints of trade, or other similar offenses relating to the regulation of business practices.”

Anti-smuggling and copyright laws are unambiguously restraints on trade and business practice, and the statute doesn’t distinguish between felonies and misdemeanor convictions under federal law.

Second, this position is inconsistent with the Supreme Court’s analysis under United States v. Heller. History and tradition inform us that the Founders only wanted to prevent people who were actually violent from posing a threat to their communities, something established by conviction and imprisonment for murder or being adjudicated dangerously mentally defective. It is quite clear that neither of these scenarios apply here, and I hope that the Supreme Court will consider this case in the near future. 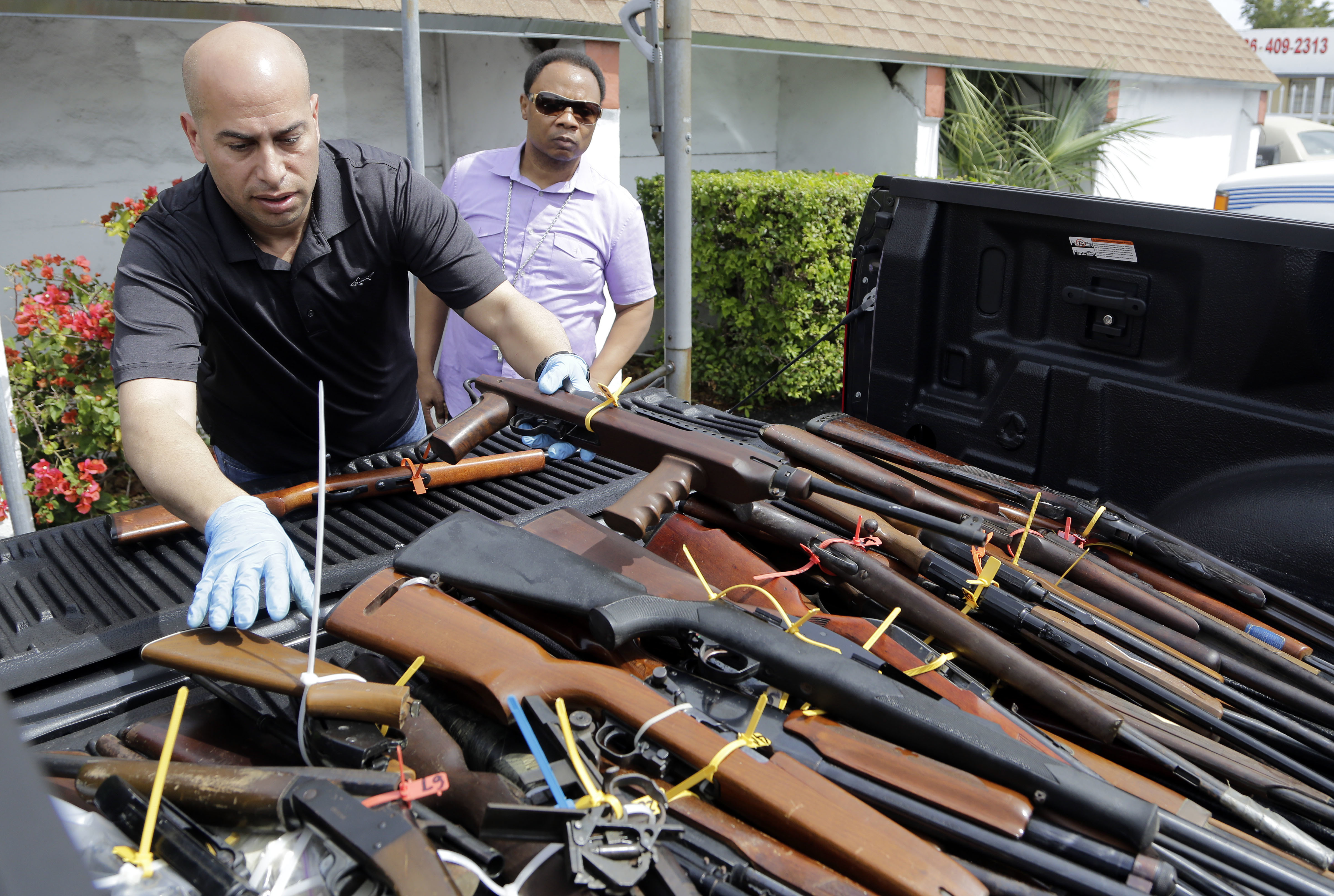 On Wednesday the Second Circuit Court of Appeals ruled against a petitioner seeking to have firearms returned that were confiscated from the couple as the result of her husband’s felony DUI conviction. The petitioner wrote a letter to the police explaining that she had an ownership interest in the firearms that were taken from her property. Nonetheless, the court found that her claim — that the government’s unlawful retention of her property — was “too novel a theory to warrant Fourth Amendment protection.”

The crux of the court’s decision on Wednesday is that it’s perfectly acceptable to deprive an individual who hasn’t broken the law of their property rights as a result of the criminal act of another person. In other words, it’s okay for the state to take your stuff when your spouse breaks the law, even if you lawfully own that property and haven’t done anything to justify the seizure of that property.

Gun rights aside, this is massively problematic, what with that whole right to “life, liberty and property” guarantee under the Fifth Amendment. The Virginia Legislature has decided to take a break from savaging gun rights, and will instead focus on passing something that’s actually useful — a Fourth Amendment protection bill.

VA SB 5029, which protects drivers from unreasonable vehicle searches based on claims like “detecting the odor of marijuana,” broken taillights, loud exhaust systems, window tint, and visual obstructions. This means that the police can’t make you pop the trunk without a warrant, and it’s a step in the right direction in preventing the police – the people who will take your guns when they’re ordered to – from unconstitutionally searching your vehicle.

The next step is to convince Northam and the VA Legislature to stop creating the problems they’re passing these bills to solve.