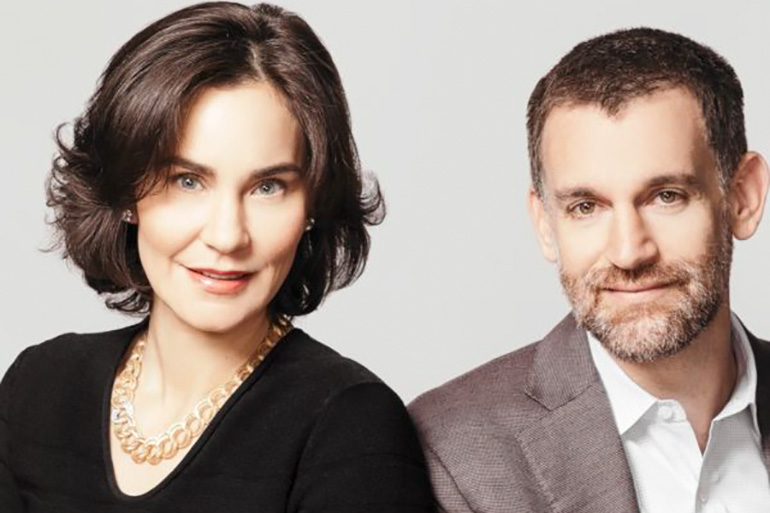 It seems antigun billionaires think there’s nothing a few dollars and some manipulation of government data can’t fix. Arnold Ventures, run by former Enron traders John and Laura Arnold, is a billionaire philanthropy organization that wants to save us from ourselves through their deep pockets. More specifically, they seek to restrict the freedom to keep and bear arms.

Arnold Ventures wishes to paint a grim picture that firearms are an epidemic much like political activist and gun control billionaire Michael Bloomberg. John and Laura Arnold have commissioned the National Opinion Research Center (NORC) at the University of Chicago to construct and convene a panel of medical professionals to organize a wishlist of dangerous and overreaching proposals.

These demands are detailed in the Blueprint for a U.S. Firearms Data Infrastructure. With major changes possible in Washington, D.C., it is crucial to not only examine the large, sweeping gun control proposals, but also to look at the less attention-grabbing proposals, like changing how the government collects, shares and presents data.

Gun control advocates in Congress are already turning to items on this wish list in their latest proposals, including the misleadingly titled, “ATF Improvement and Modernization Act.”

One goal of the NORC panel is to implement a semi-annual random household survey of Americans’ firearm ownership. That’s right. Big money wants to look into America’s homes and peer into their gun safes.

The survey would include questions around firearm acquisition, type and number owned and storage method. This would lay the foundation for a national gun registry which is forbidden by federal law.

Gun owners are very reluctant to provide private information about their personal belongings to any level of government, especially when private organizations that advocate for more restrictions on the Second Amendment have access to said data. The violation of privacy advocated by the NORC, unfortunately, continues to expand from here. The information in these systems is restricted for good reason. The data are collected to aid law enforcement investigations, not create policy and legislation. Securing access to the Bureau of Alcohol, Tobacco, Firearms and Explosives (ATF) Trace data, for example, has been a priority of antigun proponents for years. Unregulated access to ATF Trace poses numerous dangers since information about firearm tracing would be available for public consumption, risking ongoing investigations, safety of witnesses and law enforcement.

Contrary to antigun messaging, law enforcement agencies support limited access of ATF Trace data. For instance, the Fraternal Order of Police supports measures, like the Tiahrt Amendment, which would prevent release of firearm trace data to any entity except law enforcement. Even former Mayor Bloomberg’s police commissioner Ray Kelly opposed the release of trace data to the City of Chicago for use in litigation against members of the firearms industry. The Tiahrt Amendment has been the law since it was passed in 2003.

Additionally, the NORC calls for a design of data collection by ATF for incomplete, unfinished firearm receivers as their top priority. Gun control groups sensationalize “ghost guns” to spark fears when in reality they’re unfinished hunks of metal or plastic that must be drilled and machined by the end user to be considered a firearm receiver by ATF, at which point ATF has regulatory authority Creating a firearm for personal use with no intent to sell it is and has always been legal in America.

This 1989 manufacture Browning Hi-Power was victim to a buyback in California.

I’m very pleased to be able to get this back ‘on the streets’ – 30 year old parts resurrected as the next ghost gun in my collection thanks to 3D printing. pic.twitter.com/Bog37RjvVe

Undetectable firearms such as 3D printed or any other method are regulated under the 1968 Gun Control Act and the 1988 Undetectable Firearms Act. Every firearm made – including any DIY firearm – must by law contain metal so it is detectable by metal detectors. And, as a practical matter, firearms must have metal components like a barrel for the firearm to function. These are facts that gun control proponents gloss over.

Arnold Venture’s philanthropic outreach sounds well-intentioned, but they’re serving up snake oil when they peddle firearms as a disease. They literally ask to tear off the warning labels such as the common-sense ATF disclaimer on trace statistics that states, “Not all firearms used in crime are traced and not all firearms traced are used in crime.”

One of the key requests made in the NORC’s blueprint is for ATF to “Remove disclaimers prohibiting interpretation of the data.” This very clearly shows Arnold Ventures’ and NORC’s hand. They don’t care what the data actually show and what limitations there are to these collections. They want a blank check to manipulate and misconstrue data from legitimate federal agencies to sway public opinion – precisely why Congress mandated the warning in the first place.

Analysis is one thing. Deliberately shielding the public from what the data actually mean is another. The ability for private entities to ignore valid disclaimers surrounding data sets would fuel the emotional narrative that firearms are to blame for the world’s problems, not those who break the law to misuse them.

The overall NORC action plan uses the public health halo as a justification for extensive information gathering. The report clearly explains that the data are to be made available to approved researchers to drive legislation and policy at all levels.

Arnold Ventures and the panel from NORC want to use taxpayer funds to build programs that will strip law abiding individuals of their gun rights. These changes will not reduce crime nor increase public safety, and they certainly do not affect public health. They will, however, have devastating impacts on individual freedoms and the Second Amendment.