TTAG has always gotten most of our traffic from our extensive library of gun reviews. While that hasn’t changed in the last year, the mix of the most-read posts shifted in 2020. In a year featuring widespread civil unrest and defunding the police became the goal of so many big city mayors and city councils, two of the top five posts were related to armed self-defense. Imagine that. 5) Handgun Ammunition: What Is The Difference Between 9mm and 9mm Luger?

Most of the time, when a person says “9mm” when talking about ammunition, they mean 9x19mm, which is the most commonly used handgun round. This is what you feed your GLOCK 19, your S&W M&P, your SIG P365 or — if you actually have taste in handguns (kidding!) — your 9mm 1911, Browning Hi Power, or CZ-75.

However, there is an entire family of handgun cartridges that uses the same size (9mm) projectile.

Why do people get them confused? Mostly it’s because of colloquial usage, as we here in the USA like our brevity. But it’s also because we don’t like the metric system and it’s infernal witchery. Roys’ fiancee, 65-year-old Melody Lumpkin, pleaded with Solorzano to stop his attack. When that failed, she retrieved a handgun from her bedroom and fired a warning shot. But that didn’t make an impression on the intruder.

LAPD Officer Toni McBride on the range for some training with the one and only @TaranTactical. #AlwaysTraining pic.twitter.com/7TbVCuiuKO

[Daniel] Hernandez’s parents and 14-year-old daughter argue, through their attorneys, that McBride could have done more to deescalate the confrontation. She might, for example, have stepped behind a bystander’s car to buy time, they say. They contend that she responded like the competitive shooter seen on video, racing to get off shots. 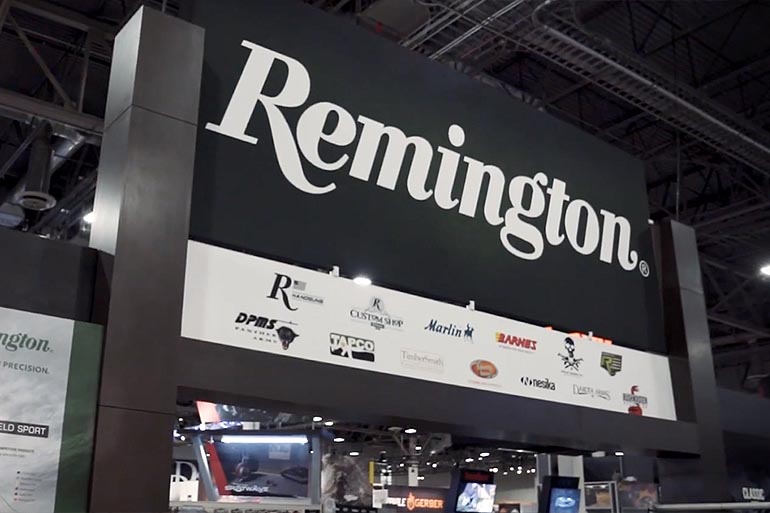 The bidding process for the sale of most of the assets of Remington Outdoor, Inc. is now complete. The debtors — Remington — have selected the successful bidders for each asset or asset bundle, along with backup bidders, and you can read the complete court filing here which details all of the assets purchased.

And finally, the most-read post of the past year was more of the same from the Windy City . . . 1) Chicago Mayor Lightfoot: If You’re Attacked, Don’t Use a Gun, Call the 911…And Wait

“Obviously we’re aware of the fact that Illinois is a concealed carry state,” Lightfoot said. “Do not take matters into your own hands. Call the police.

“We’ve seen tragedy happen in this country, and recently, when people felt like they could take matters into their own hands. … Let me remind you of the killing of Mr. [Ahamud] Arbery. Do not pick up arms and try to be the police. If there’s a problem, call 911. We will respond. But I urge people to show restraint and do not take matters into your own hands.”

2020-12-31
Previous Post: An Old Redneck and the Bullet He Loved – The 175gr Sierra Match King
Next Post: Happy New Year From The Truth About Guns