Did House Speaker Nancy Pelosi Carry a Gun Into the House Chamber? 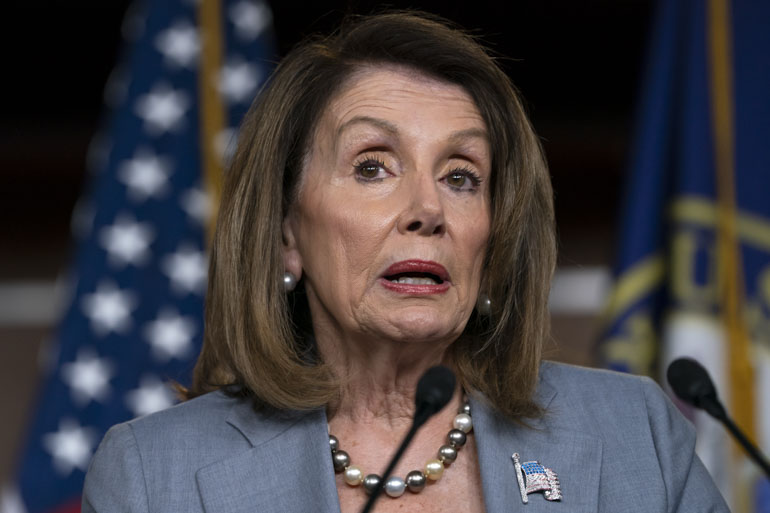 If the Speaker wasn’t packing, why did she walk around the security screening measures she’d put up outside the House chambers? Or is the new rule that only Republicans will be fined for bypassing Nancy’s metal detector?

Republicans on the House Administration Committee sent a letter to Acting Sergeant-at-Arms Timothy Blodgett on Friday requesting the fine, arguing Pelosi should have to abide by the new rule that she pushed to implement.

“Yesterday, at approximately 9:59 am, multiple members observed the Speaker of the House entering the House Chamber without completing security screening,” the Republicans wrote on Friday.

“What was observed was a clear violation of House Resolution 73 and you are required by House Rules to impose this fine. Please inform us once the fine has been assessed,” they added. “We look forward to a prompt response to this inquiry.”

Blodgett responded by telling the members that he has not received a complaint from the Capitol Police about a violation by Pelosi.

“Only the USCP can determine whether an individual has failed to complete security screening as only the USCP has sufficient training to determine compliance with USCP screening procedures. I have directed that the USCP produce and provide unusual incident reports on any individual who fails to complete security screening without exception. I have not received any unusual incident report from the USCP concerning the Speaker of the House.”