Obscure Object of Desire: Something Extremely Ugly, Cheaply Made and Very Expensive

This came across my desk courtesy of Red Hills Arms of Tallahassee. They are a fantastic family owned gun shop with a great selection of firearms and ammunition. Even now in the panic, they’re trying to keep prices low and inventory in stock as best they can.

So what is in the box? A gun of relative obscurity that was supposed to be revolutionary, something that would utterly change firearms forever. It came from the minds of Robert Mainhardt and Arthur Biehl who formed MB Associates — MBA — in sunny California. And the rest is history. What did the gun shoot? I’ll give you a hint. It costs more than $100 a round these days…if you can find the ammo. And you thought the current panic pricing on 9mm ammunition was bad. 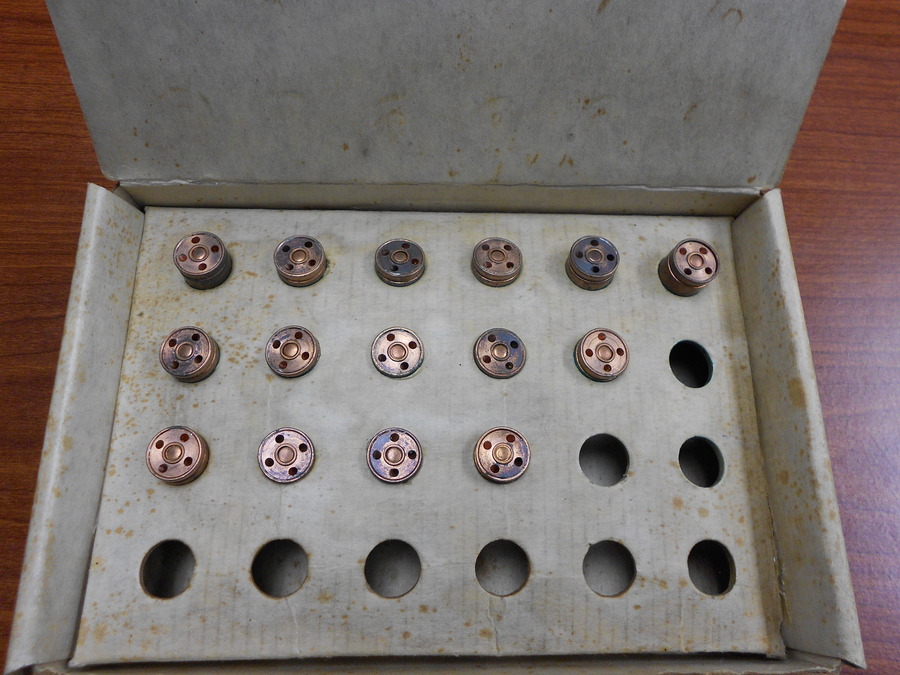 We’re looking at about $1, 500 worth of ammuniton right here.

Here’s your last hint. It weights only 22 ounces and is made out of cheap Zamac, a zinc alloy. That’s the same stuff used to craft Hi-Points and Lorcins. So what is it? This obscure object of desire is a Mark 1 Model B Gyrojet Pistol. 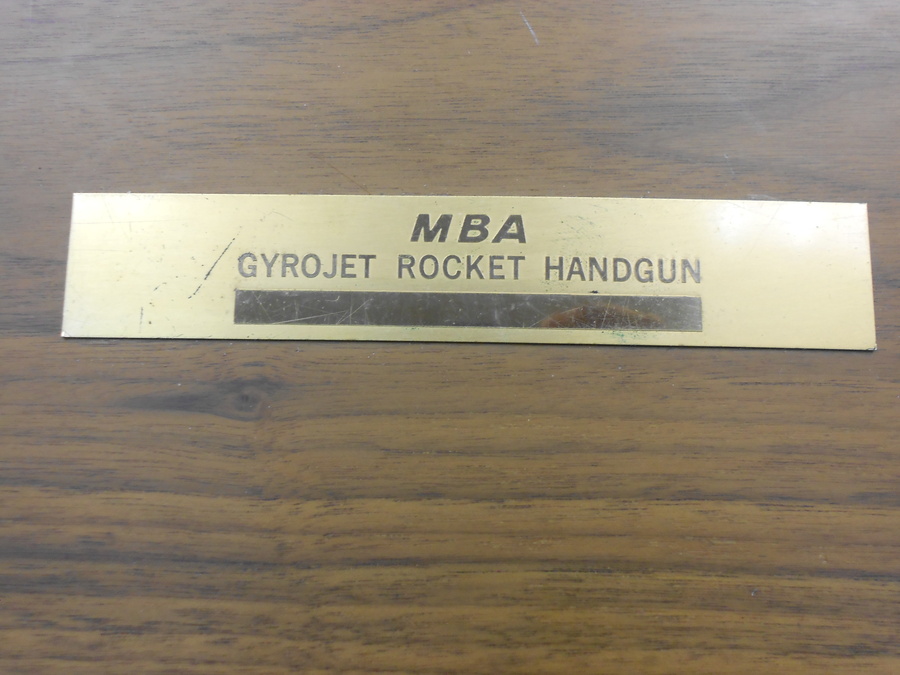 This is an original model in its factory wood display case with dummy rounds and a commemorative medallion. 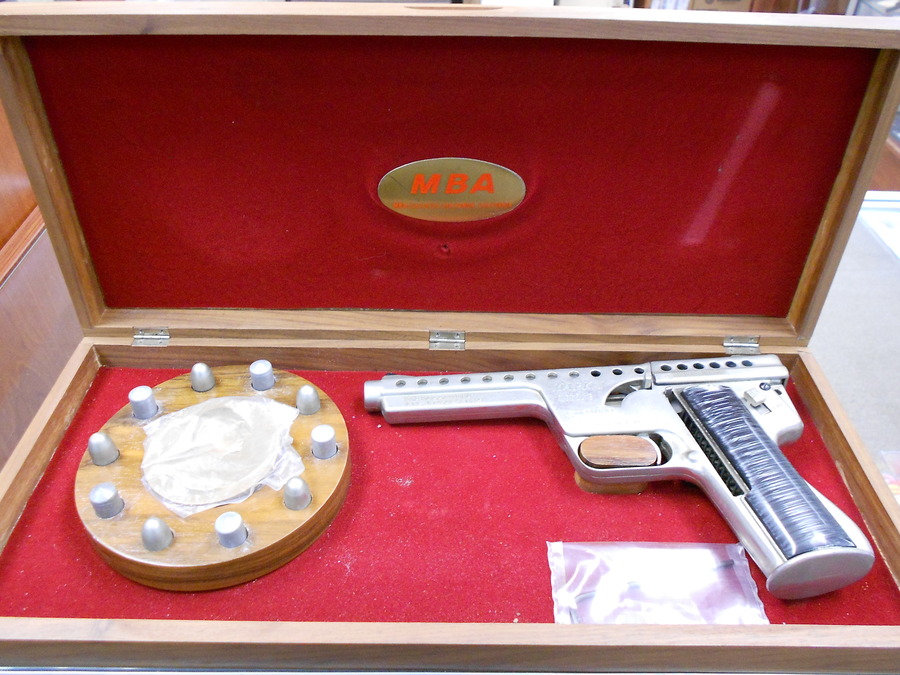 Behold the early 1960s in all of its modernist glory. This is one ugly gun and holding it, you can feel the cheapness oozing from it. 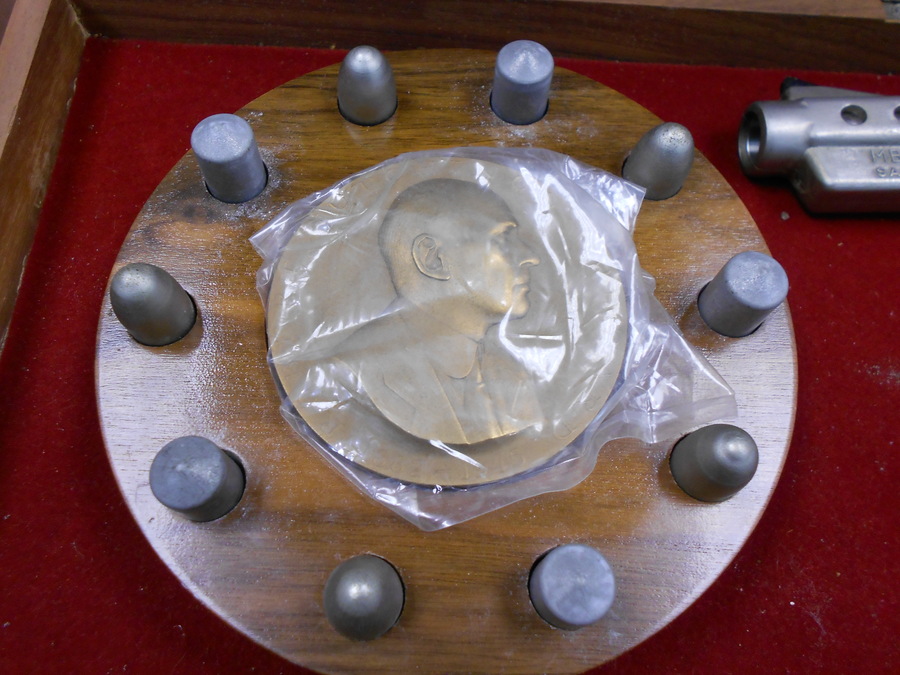 As if I’d ever openly display this thing as something to be proud of. The semi-automatic Gyrojet was, if nothing else, an interesting design. Instead of using conventional ammunition, it fired a 13mm (.51 Caliber) solid fueled mini-rocket. As you can see in the photo above, the back of each cartridge had four exhaust ports that when ignited, caused the round to spin and stabilize in flight.

The barrel is smoothbore with no rifling whatsoever. The barrel and chamber are weakly constructed because this isn’t a self contained cartridge in the traditional sense. There is no explosive gas pressure to be contained while launching a bullet down the bore. That made the Gyrojet pistols quiet and very soft-shooting. 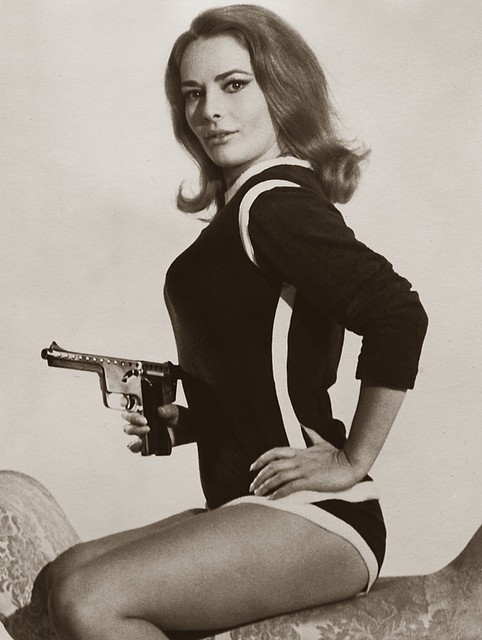 In theory, this must have sounded like a good idea at the time. In reality it was an utter failure. Rounds cost about $3 each at the time (that’s about $25 a round in current dollars).

The theory was that you could make the gun cheaply since you didn’t have to worry about heat transference like you do with a traditional firearm. Also, since each round is actually a little rocket, the pressures involved are far lower so you don’t have to build the gun to such tight specs.

Also contributing to the Gyrojet’s failure was the fact that those little projectiles sucked for the most part.

A rocket round doesn’t achieve its full speed at the muzzle. It actually continues to accelerate long after it leaves the barrel. So a close range shot is significantly weaker than a longer range shot. The 180gr rocket doesn’t burn all of its fuel and achieve full velocity until about the 60 foot mark. At that point it is traveling at about 1,250fps.

Anyway, let’s look get up close and personal with this ugly beast. The safety is an “ON” “OFF” switch and those synthetic grips are just to die for. Very ’60s. The Gyrojet was actually a handheld rocket launcher. 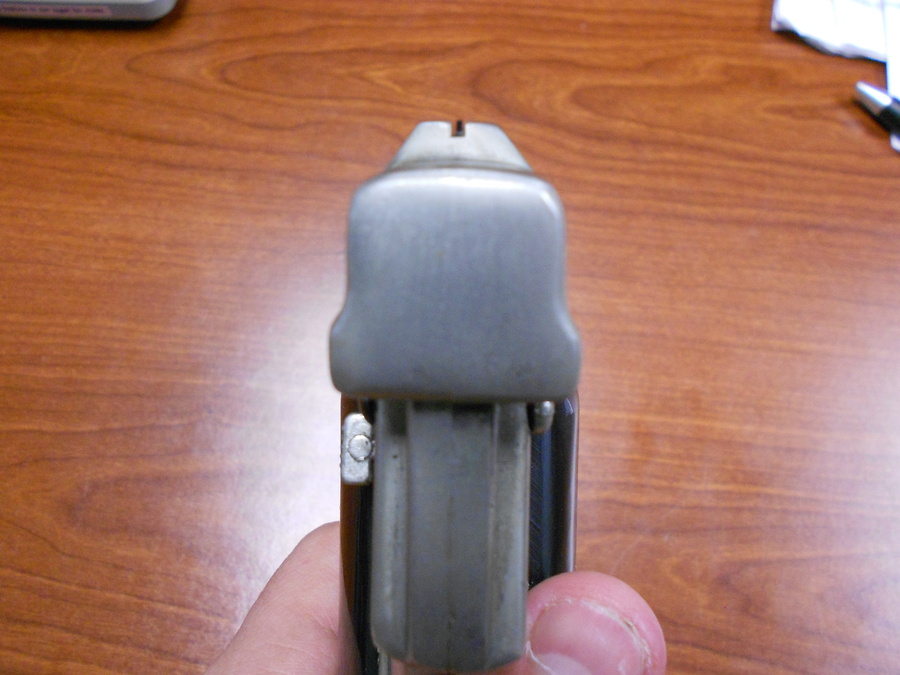 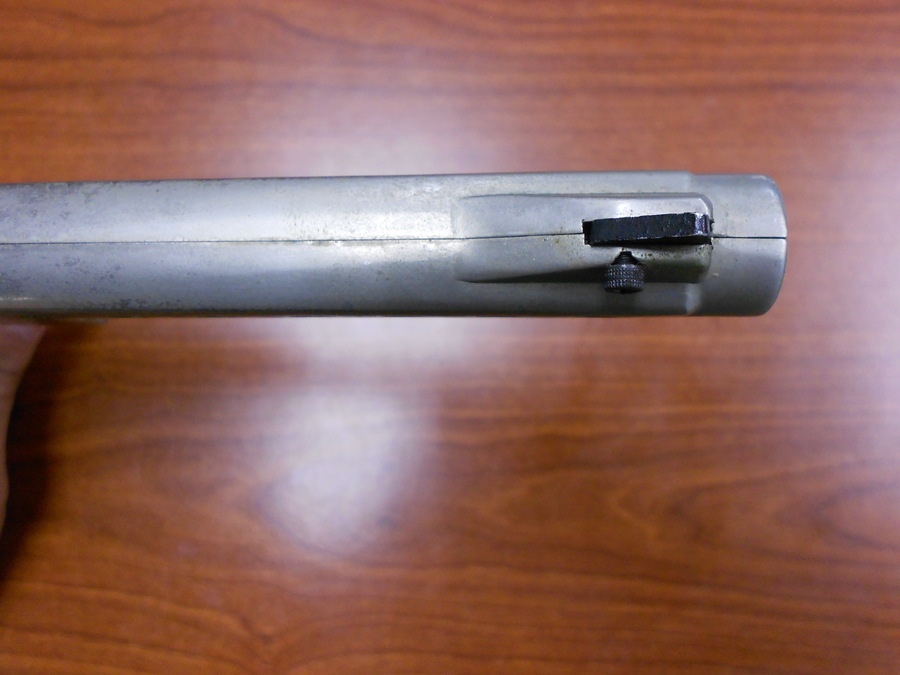 The Gyrojet pistol was crafted out of the finest Zamac money could buy. Those sights are actually better than a WWI vintage 1911. Honestly, I’ve seen worse. They’re not great, but they’re not horrible. The patent was pending and so were any design aesthetics. Yes, some truly great guns came out of California. Designs like the AR-15 for example. But the Gyrojet wasn’t one of them.

So what do these things go for today? Easily over $1,000. Rock Island listed one in similar condition at between $2500 and $3500. Oh and good luck finding the ammo. I’m pretty sure that Starline doesn’t make brass for it and Hodgdon’s probably doesn’t make the solid fuel for the rounds.

These aren’t guns to shoot and play with at the range. These are guns that you buy as oddities and pull out of the safe occasionally to show your friends.

Again, a big thank you to Red Hills Arms of Tallahassee.