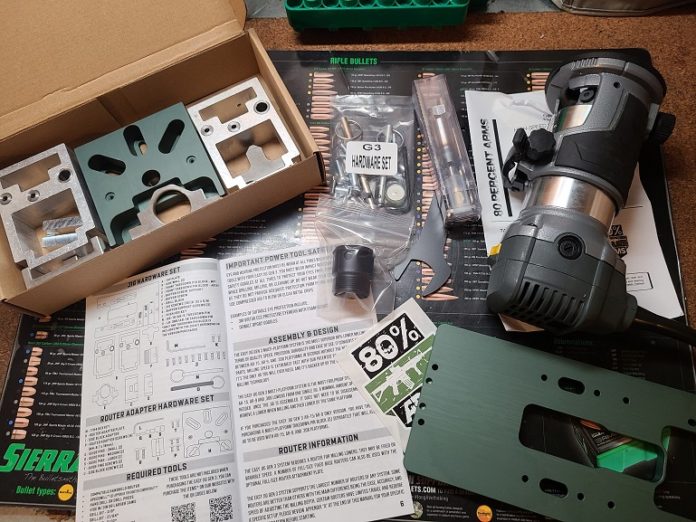 Shapiro held a press conference in Philadelphia today to announce the “agreement” under which Eagle Arms Productions will prohibit the sale of the kits.

Shapiro said the agreement struck between prosecutors and the gun show promoter is the first of its kind in the country. An Eagle Arms representative confirmed the agreement, but declined further comment.

“We’ve become the first state in the nation to do something about this, to bridge the strained relationships between gun enthusiasts and those who want more gun reform,” Shapiro said. “Today, we here in Philadelphia show it’s possible.”

Shapiro claims that police are finding more home-made, unserialized firearms in the hands of criminals.

“Ghost guns are quickly becoming the weapon of choice for criminals and fueling the gun violence epidemic,” Shapiro said. “These DIY gun kits should be subject to the same background checks and qualifications as fully functioning firearms to prevent criminals who are not legally able to purchase or possess guns from getting their hands on these deadly, untraceable weapons.”

The AG provided no statistics to back up that claim.

Shapiro didn’t mention the fact that none of the parts sold constitute a firearm under the legal definition in the law. These are unfinished parts and are regulated as such by the ATF. Nevermind the fact that anyone can now buy an inexpensive 3D printer and easily turn out these parts at home.

AG Shapiro got an assist in pushing the gun show ban from an ostensibly pro-gun organization that isn’t a fan of Keystone Staters building their own firearms.

Kim Stolfer, president of the Pennsylvania chapter of Firearms Owners Against Crime, said [Eagle Arms Productions’ owner Joel] Koehler has every right to control what products are sold at his events and added, “Legitimate vendors at these events support what Eagle Arms is doing.”

He stated in his news release announcing Eagle Arms’ decision to his organization’s members, “Both Representative Amen Brown and Eagle Arms have collaborated on a decision that will save lives as well as protect the constitutional rights of all citizens without government intervention and restriction!”

The conversations between Koehler and Brown began after Brown visited the Eagle Arms gun show in Morgantown, Berks County, last month. There, Brown said he witnessed large numbers of ghost guns being sold.

The conversations between Koehler and Brown began after Brown visited the Eagle Arms gun show in Morgantown, Berks County, last month. There, Brown said he witnessed large numbers of ghost guns being sold.