Hillary Clinton just can’t help herself. Never mind that her tone-deaf demand for gun control caused gun owners to come out in record numbers to deny her an all-but-assured White House victory in 2016. Now she’s doubling down.

Five years on, she’s still spitting vitriol at Americans. She still wants to punish freedom-loving Americans instead of criminals. She’s still shouting from her place in the political wilderness to ban the modern sporting rifle (MSR) and she’s still out of touch with Americans across the country.

Clinton, whose White House loss was in no small part due to Americans rejecting her demands to re-enact the failed “assault weapons” ban, is resurrecting her gun control demands. She’s doing it with usual Clinton disdain and disrespect.

The same former presidential candidate who labeled Americans who rejected her platform as a “basket of deplorables,” now derides those who value their constitutionally-protected rights as “shameless” and “gun worshipers.”

Clinton made the vile accusations on a podcast called “Just Something About Her,” hosted by her former campaign communications director Jennifer Palmieri.

“You know, democracy is the balancing of interests and rights, and unfortunately at this time, the gun worshipers have a huge advantage because of the filibuster and because of their shameless exploitation of people’s unwarranted fears,” Clinton said.

Clinton’s swipe at the filibuster is ironic since she tried to use the tactic to deny U.S. Supreme Court Justice Samuel Alito confirmation to the bench. She also voted to filibuster the repeal of the “death tax.” Now, for matters of Constitutional rights — specifically those Clinton would prefer to eliminate, if not weaken — she’s all for dumping it.

Clinton speaks in terms of “democracy,” purposefully forgetting that America is a republic. Thomas Jefferson, author of the Declaration of Independence and America’s second president made the distinction clear that democracy isn’t a “balancing of interests and rights.”

He warned, “A democracy is nothing more than mob rule, where fifty-one percent of the people may take away the rights of the other forty-nine.”

Pure democracy would be madness. The Founders knew this. Benjamin Franklin famously answered the question at the Constitutional Convention of whether delegates produced a republic or a monarchy with, “A republic, if you can keep it.”

“What happens in this committee after every mass shooting is Democrats proposed taking away guns from law-abiding citizens because that’s their political objective,” he added. “The jurisdictions in this country with the strictest gun control have among the highest rates of crime and murder. When you disarm law-abiding citizens, you make them more likely to be victims.”

Sen. Cruz nailed it. He invoked what Jefferson warned. The rights of the 49 percent shouldn’t be surrendered to the mob wishes of the 51 percent.

Clinton didn’t care. Her disdain for a republic is matched only by her loathing of the Second Amendment and those who would defend it. 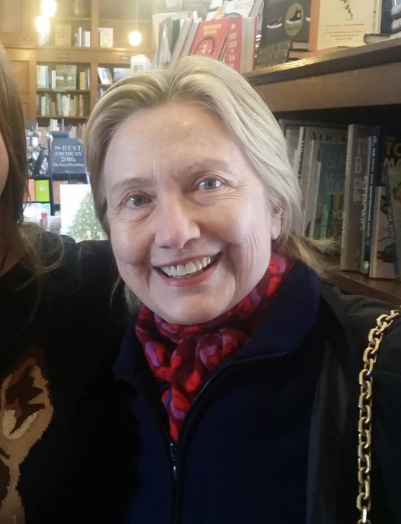 “The opportunists on the other side, like Cruz and his ilk,” Clinton said, “they know better and they are in the position of trying to keep people really riled up and scared that sensible gun legislation like we had in the ‘90s for 10 years will somehow undermine their rights.”

Catch that? “His ilk.” Gun worshipers. Basket of deplorables. Interests and rights.

Clinton would rather deny those going to work, shopping or on dates their constitutionally-protected rights to keep and bear arms to protect themselves against the vicious criminals who prey on innocent lives.

She doesn’t get it and doesn’t want to. Gun control in the Senate doesn’t even have all 50 Democratic senators on board. Clinton just wants to rip up the Second Amendment along with the filibuster.

2021-04-05
Previous Post: Woman With a Gun Stops Man With a Steel Beam From Breaking Into Her Home
Next Post: Decatur, Illinois Gun Buyback Ends Early With Lots of Disappointed People